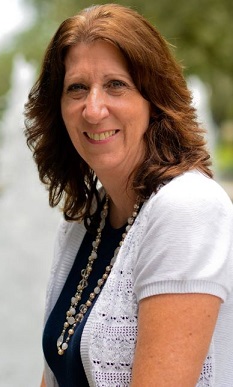 Insights into the Word Formation Process through the Analysis of Misspellings 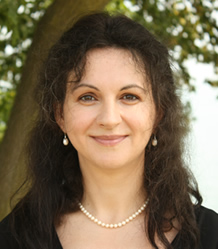 How Bilinguals Process Spoken Language: Consequences for Mind and Brain

ABSTRACT
Learning another language changes the human linguistic, cognitive and neural architectures. In this talk, I will show that a bilingual's two languages constantly interact and influence each other during spoken language processing. Bilinguals’ experience managing two languages sculpts the brain and translates to changes not only in the domain of language (such as language learning), but also in other domains (such as visual search and audio-visual integration). Using eye-tracking, mouse-tracking, EEG, and fMRI data, I will show that the highly interactive and dynamic nature of bilingual language processing results in profound changes to cognition and the brain. The Impact of Schooling on Bilingual Children’s Language Development

ABSTRACT
Strong language skills are foundational for the development of literacy. How does grammatical development relate to literacy development in elementary school age monolingual and bilingual children? According to the literacy enhancement hypothesis (Armstrong & Montrul, 2022) the development of literacy skills and exposure to textual input during the school-age period leads to more robust linguistic representations of morphosyntactic structures that improve psycholinguistic processing mechanisms such as working memory, input monitoring and cue reliance. I present preliminary results of current studies designed to test this hypothesis. We developed measures to assess production and comprehension of late-developing grammatical structures that are acquired and mastered through increased exposure to written language at school. I will discuss how variation found in spoken language with early acquired morphosyntactic aspects of Spanish (gender agreement, clitic pronouns, direct object marking) affects the comprehension and production of complex syntax (verbal passive structures and relative clauses) in bilingual children who receive academic support in Spanish at school and those who do not. Our preliminary findings suggest that print exposure in the heritage language contributes to strengthen and maintain early acquired linguistic structures that form the basis for the development of more complex syntax in Spanish. Our results will inform effective assessment, instruction, and intervention strategies to promote robust language and literacy skills and academic success in the Hispanic population. Disorder within Dialects: Changing the Narrative about Developmental Language Disorder with Evidence

ABSTRACT
Historically, speech-language pathologists and other language professionals have been encouraged to exclude grammar structures that vary across dialects when assessing and treating children who speak nonmainstream dialects of English. This recommendation is grounded in the dialect vs. disorder framework advocated by the American Speech-Language-Hearing Association’s (1983) position statement. Unfortunately, this framework leads to disparities in the services provided to children. Children who speak a mainstream dialect of English receive services for their entire linguistic system, whereas children who speak a nonmainstream dialect do not. Our approach is different. Using an innovative Disorder within Dialects framework, we study the grammar profile of Developmental Language Disorder (DLD) in children who speak various nonmainstream dialects of English, and our work focuses on the very grammar structures that others exclude. In this plenary talk, I will highlight findings from a series of studies supported by the Disorder within Dialect framework and describe and share dialect-informed stimuli and a strategic scoring approach that can be applied to various grammar structures. The southern American dialects represented in the studies include urban and rural varieties of African American English (AAE), rural Southern White English (SWE), Cajun English (CE), and Gullah-Geechee-influenced AAE. Using data from language samples and three experimental tasks (i.e., a sentence recall task, elicitation probes, and a grammaticality judgment task), I will also present findings to show the DLD English profile to include tense and agreement deficits even though expressions of these structures vary across dialects.